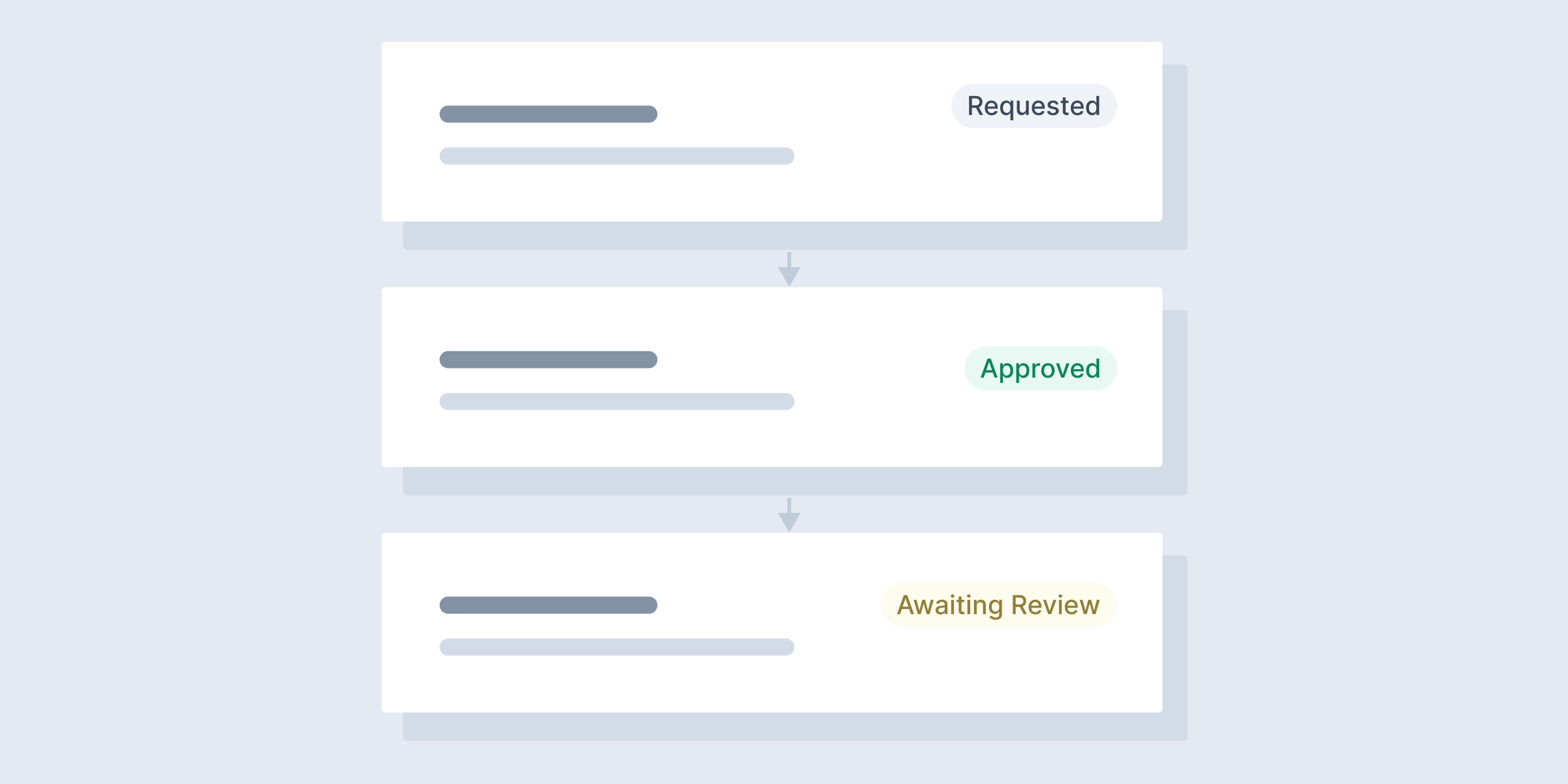 When requesting headcount or reviewing headcount requests, one thing that’s important is to have clear visibility into the lifecycle of a request. That’s why we’re excited to announce our new and improved Approval Chain that can be seen on a request and after a request has been approved to see the historical record of a role. We’ve made it easier to understand where requests are coming from, who’s next up to approve, and who denied a headcount so it’s easier for you and your team to know where things stand in the approval process.

We’ve gotten great feedback from our customers on where our limitations were with our old approval chain and how they’d like to use it in their headcount planning process. Because of this, we’ve made some exciting changes:

Requester: You can now see who made the request and where the approval chain starts.

Approval Groups: You can now see which individuals in approval groups approved or denied a request, or if they still need to review the request.

Denied Requests: Denied requests will continue to be moved back to drafts. Hover over the “Denied” tag to see which person denied your or your team’s request.

Coming Soon - Clearer Statuses with Dates:
In the new design you’ll see the following statuses: Requested, Approved, Denied, Awaiting Review, and Skipped. You’ll see “skipped” when a user has not approved or denied, but was part of an Approval Group where only one response was needed. You’ll also see the date of when someone took action to request, approve, or deny.

With the redesigned Approval Chain you can more clearly see the status and individuals involved in approving a new headcount. This redesign does not change any of the functionality of the Approval Chain, only how it’s visually represented.

Ready to get started?