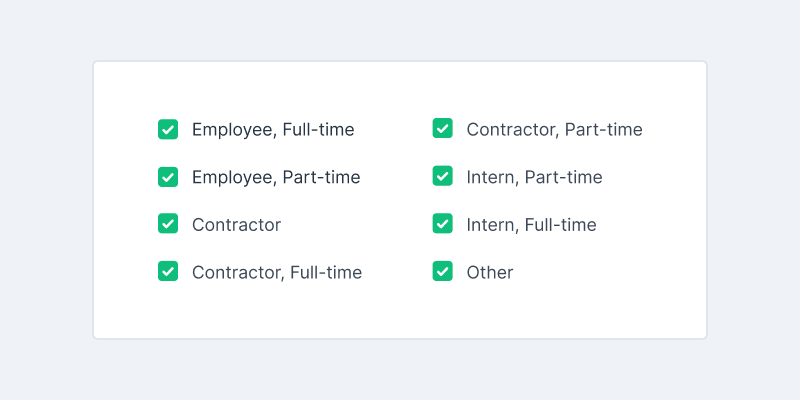 We've introduced a way to filter out certain employments types from your stats, headcount page, requests, and approvals. By default, everything is selected and you can turn any number of them off. 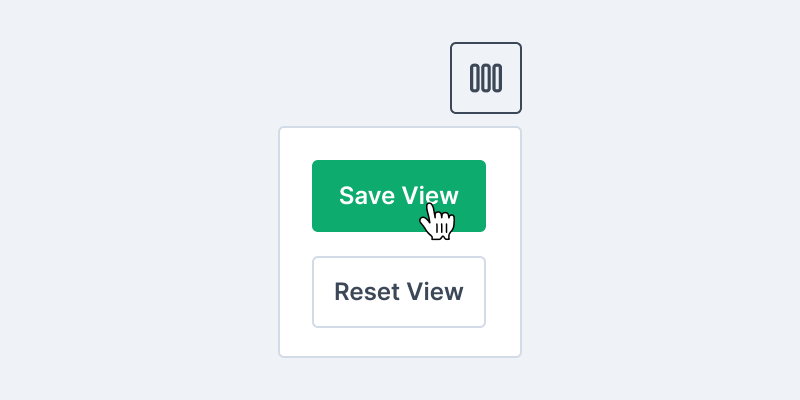 We've added a way for users to save their views on the headcount page. You can shift columns around, hide columns, filter columns, or sort columns and we'll save your view for next time. You can click 'Reset View' any time to return it to the original state. 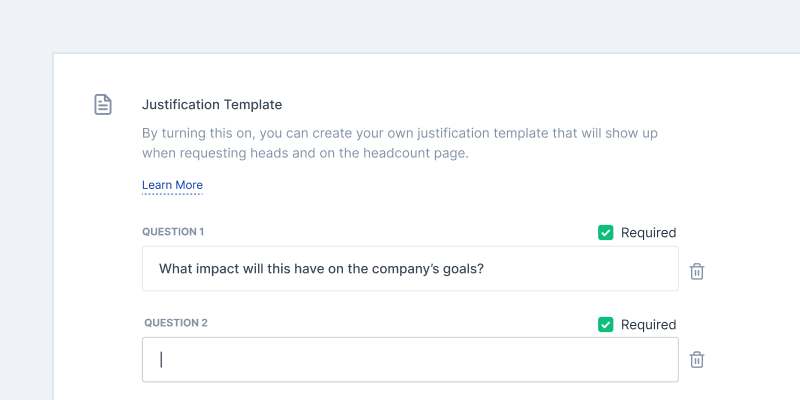 We’re excited to announce a new feature and capability called the Justification Template. Similar in concept to creating a business case for a new hire, the new Justification Template allows an admin of an account to customize a series of questions that are needed to collect the needed information to make smart hiring decisions. Learn More -> 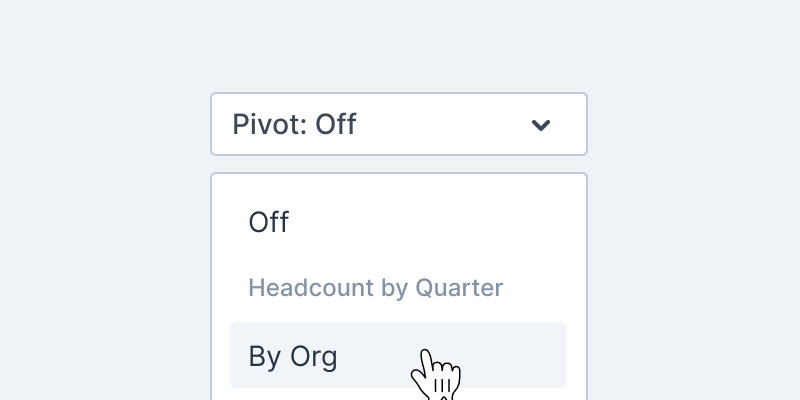 We've introduced a new way to view your headcount - you can now pivot the headcount page spreadsheet by Headcount over Quarter or Pay scale over quarter. You can select what view you want to see as well; Org, Department, or Sub-Department. 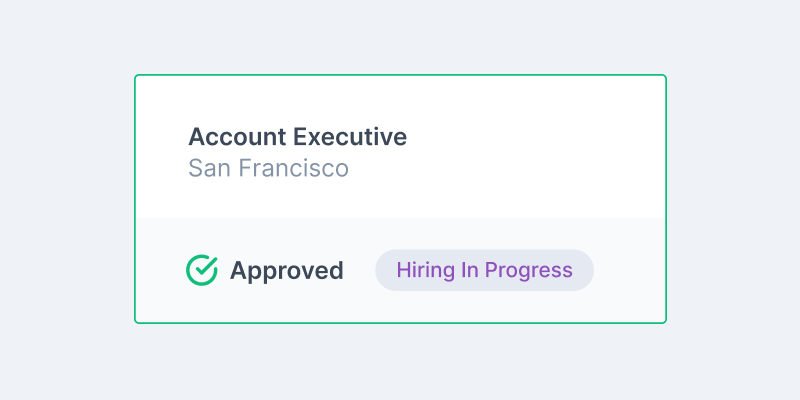 See Status of Approved Hires in the Org Chart

We've added the ability to see an approved hire status in the org chart. The following statuses are now seen: Recruiter Unassigned, Not Started, Hiring In Progress, In Offer Stage, Offer Accepted. 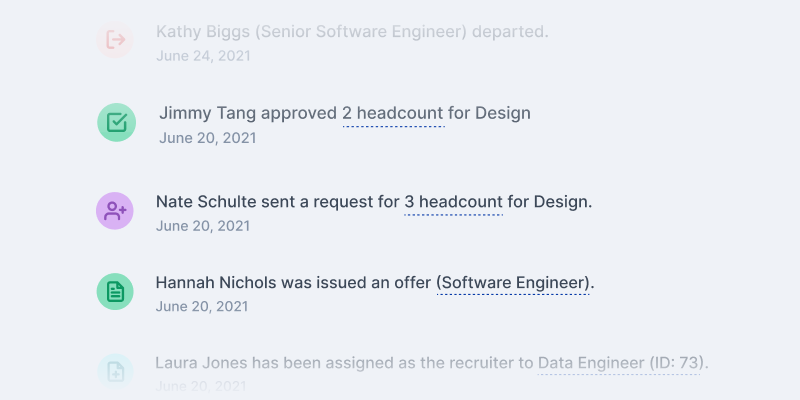 We've added a new activity on the dashboard. You can now see a live feed of key headcount changes for your teams to track hiring progress and attrition in real-time. 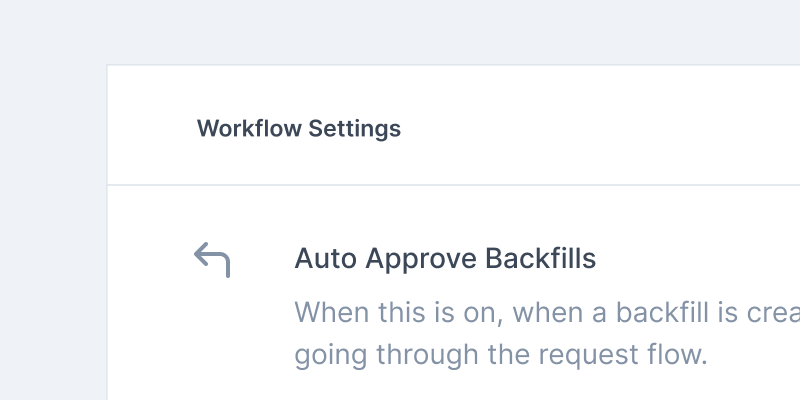 We've added a new setting in Workflow Settings to allow you to turn on auto-approving backfills. When this is on, any backfills created will automatically be approved and not go through the normal approval process. 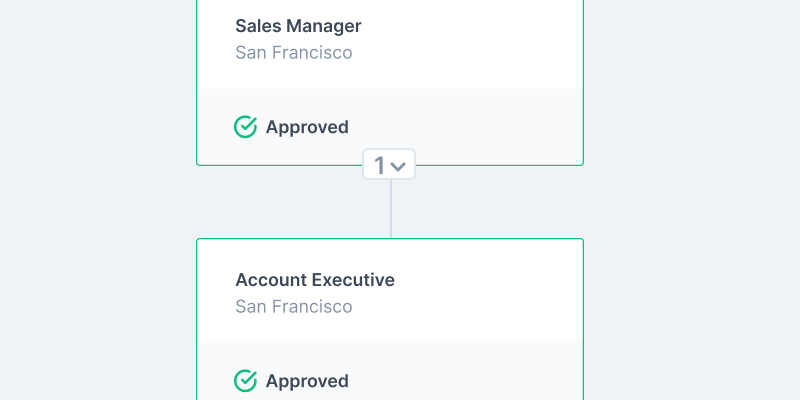 We've added the ability for Approved Hires to report into other Approved Hires. This should help significantly in your organization planning and be more forward thinking as you introduce new teams. During the request flow, you can select any approved hire as the Reporting Manager. You will see this structure in the org chart. 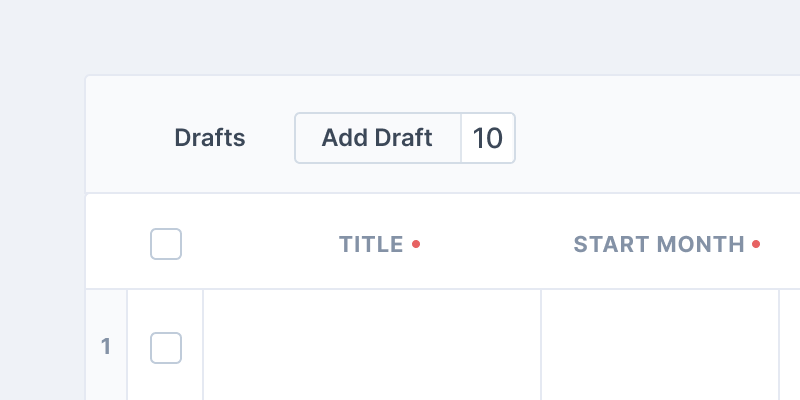 We've added the ability to add multiple rows at once when requesting headcount. You can create up to 10 rows at a time. 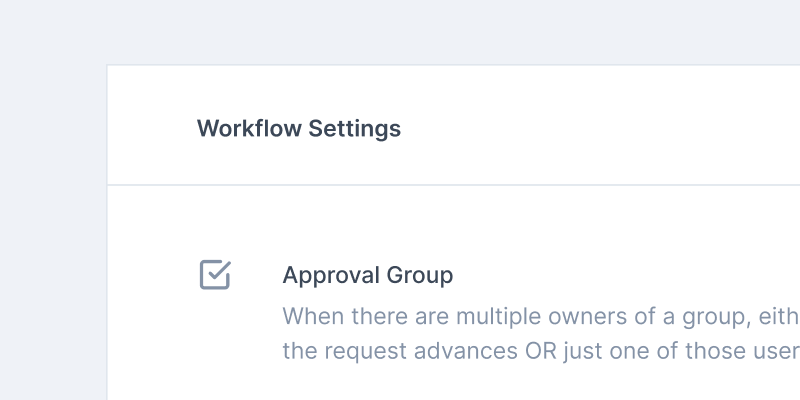 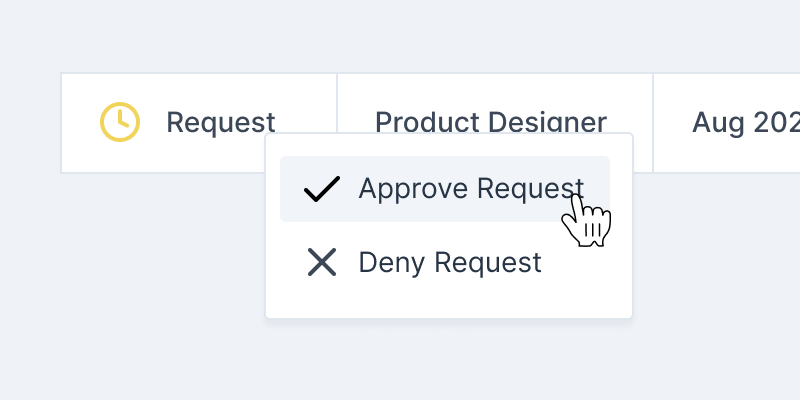 An Easier Way for Admins to Approve and Deny Requests

We added an easier way for admins to approve and deny requests directly from the Headcount page. We've scoped this to only admin roles for the time being as any other approver role can go through the approval flow to approve or deny requests.